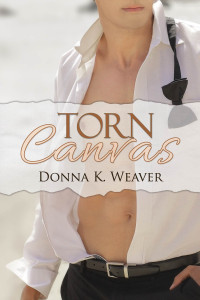 Even a hero needs rescuing sometimes…

Modern-day pirates took more than Jori Virtanen’s friends; they stole his face. Not only does the twenty-four-year-old former model have to confront months of reconstructive surgery, he discovers his previous life was as superficial as his looks. Jori struggles to make a new life for himself as an artist while evading the press. They expect a hero, but he knows the truth. His beauty masks a beast.

Olivia Howard’s given up a normal life for her job, and the sacrifices are finally paying off. The twenty-six-year-old talk-show host’s ratings are heading to the top of the charts. Her dream is to make a difference in people’s lives, but the studio wants mind fluff—like interviewing hot model Jori Virtanen. When Olivia learns the guy helped rescue passengers on a cruise excursion from kidnappers, she knows this is the story she needs to make her case. The only problem is the hero was injured, and now he’s disappeared.

The more Olivia learns about the man behind the scar, the more intrigued she becomes. But Jori is no girl’s happily ever after. Once she finds him, Olivia has to free his heart and help heal the beast.

Find the book at:

I’ve been following this series, Safe Harbors, and was excited to see #2 come out (with a novella in between). A lot of the story is concurrent with the timeline of A Change of Plans, and I definitely recommend you read that one first in order to understand the characters and their stories (and read the novella Hope’s Watch while you’re at it).
In a way, this is a story of second chances. Jori has a troubled past that affects his relationships with others, especially with women. He makes new friends on the fated cruise trip, and these new friendships help him grow and understand how he can change, how he doesn’t have to live with the past, or whom he used to be. We see him progress from a jaded man into one who values others, and eventually, himself.
When Olivia comes into his life he doesn’t trust her. The relationship between Jori and Olivia is one that grows slowly into friendship, as unlikely as it seems in the beginning. Olivia is a strong character, and one who learns to understand Jori.
The settings are expertly done, and the characters come to life through the dialogue, which is natural and very well done. It was great to see the whole cast of characters in some scenes, and catch up with them to have the whole vision. All in all, a very satisfying read and a great installment in this series.

I first asked to interview Donna, but then I thought it would be more fun to ask Jori a few questions.  😉

Q: If you could choose only one time period to live, when and why would that be?
Jori: “No historical times for me. There’s nothing romantic about stinking and dying before you’re fifty. Have you seen the life expectancy even a hundred years ago? I mean, look at 1918. The life expectancy was under forty.” [Jori grins, the scar on his left cheek pinching a little, giving him a rakish look.] “Besides, I like my modern conveniences, like antibiotics and fast food. And video games.”

Q: If you could live anywhere in the world where would it be?
Jori: “That’s an easy one. If I didn’t have reasons for staying in the States, I think I’d move back to Finland. Smart people there. Great education system.”

Q: If a movie was made about your life, who would you want to play the lead role and why?
Jori: “How about me? I’ve always wondered if I could act.”

Thanks, Jori, for the candid answers! 🙂 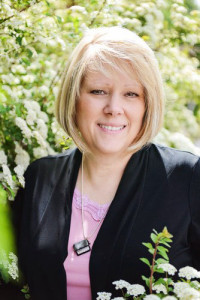 show hide 3 comments
link to this post
email a friend