More Than We Bargained For by Fiona West 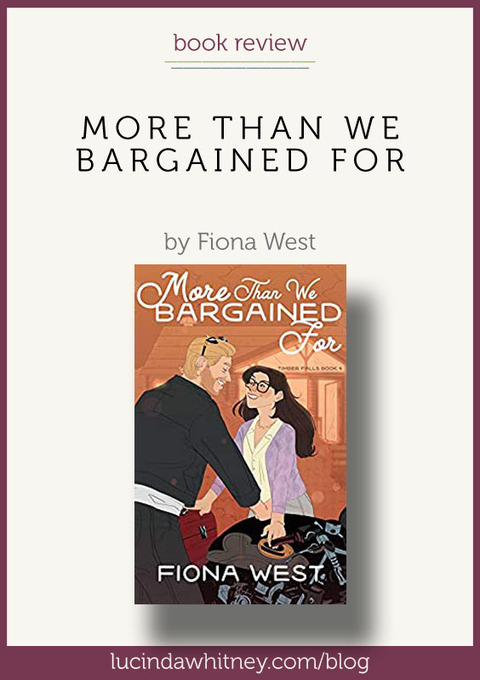 Starla Moore despises a mystery, and there’s no bigger mystery than Sawyer Devereaux. He comes into the library on Thursdays like clockwork, but rarely talks to anyone else. Not that she despises him; after all, he’s easy on the eyes, quick-witted, and that Southern accent makes her swoon. But in the midst of a divorce, her only romance is the bookish kind. Worst of all, crashing with her bestie won’t be an option soon, especially since her final fling with her husband had one very specific unintended consequence…

Regaining consciousness with his head in the cute librarian’s lap was a rude awakening; Sawyer thought his health problems were under control. Sans driver’s license, there’s no way he can live in his little cabin alone…or keep up with the anonymous book donations he’s been leaving to make Starla smile. When he finds out she’s struggling financially, he proposes a trade: his housing for her driving. Surely he can keep his feelings a secret for a few more months…

He’s given up on his dreams; she’s just figuring hers out. When the rumors start, will it push these two misfits together…or drive one of them out of Timber Falls for good?

© 2012-2021 Lucinda Whitney Author | As an Amazon Associate, I earn from qualifying purchases.|ProPhoto theme