Bookshop by the Sea by Denise Hunter 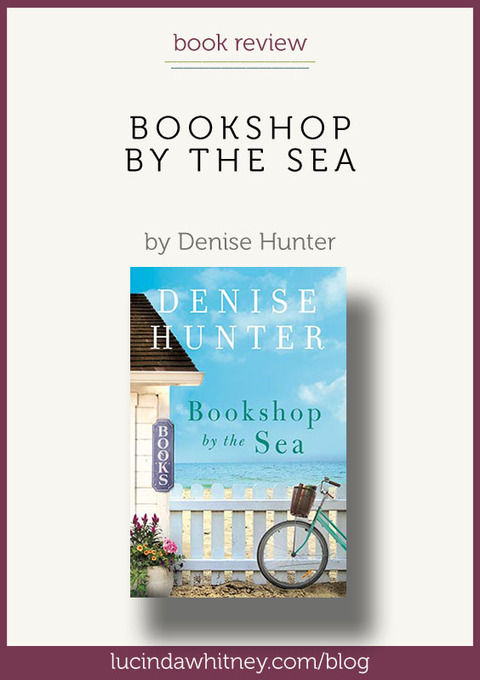 Eleven months had not been long enough to prepare Sophie Lawson for the sight of him . . .

After her mother was bedridden and her father bailed on the family, Sophie became a second mother to her twin brother, Seth, and younger sister, Jenna. Sophie supported her siblings through their college years, putting aside her own dream of opening a book shop in Piper’s Cove—the quaint North Carolina beach town they frequented as children.

But now it’s finally time for Sophie to follow her own pursuits. Seth just got a new job, the family house is sold, and Jenna is set to marry her college beau in Piper’s Cove. But the destination wedding reunites Sophie with best man Aiden Maddox, her high school sweetheart who left her without a backward glance to run an extreme sporting business in Florida.

Much to Sophie’s chagrin, seeing Aiden again resurrects familiar feelings—which she promptly tries to bury in the tumult of the day. As soon as the wedding crowd fades, Sophie turns her focus back to establishing her beloved bookstore.

But then an advancing hurricane strands Aiden in Piper’s Cove and with the hotels booked to capacity he asks Sophie to put him up until the storm passes. As the two ride out the weather, old feelings rise to the surface. But can Sophie trust Aiden to stick around? And does daredevil Aiden have the courage to risk his heart?

Show Hide 0 comments
« Dreaming of an Island Skye by Lisa Hobman
Summer in the City by Lori Wilde, Priscilla Oliveras and Sarah Skilton »