The Light at Wyndcliff by Sarah E. Ladd 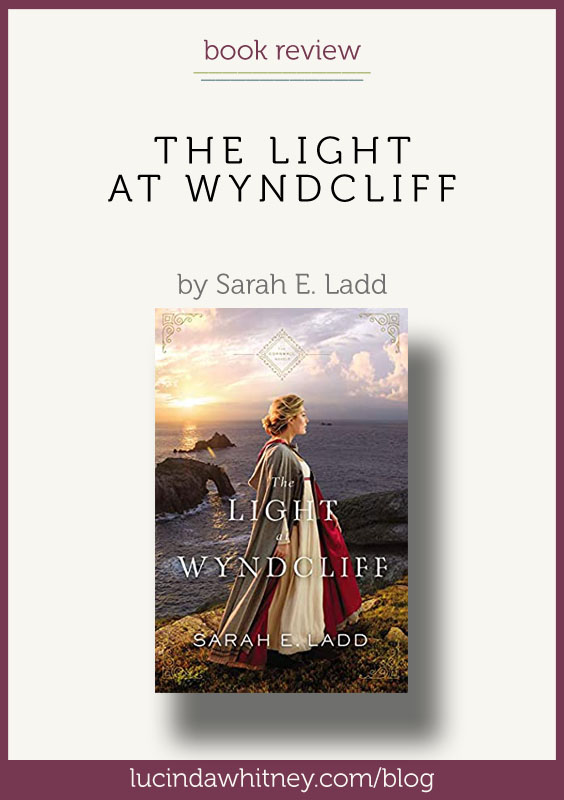 Raised on the sprawling and rugged Wyndcliff Estate near the dangerous coast of South Cornwall, Evelyn Bray lives with her grandfather, a once-wealthy man reduced to the post of steward. Evelyn is still grieving her father’s death and her mother’s abandonment when a passing ship is dashed against the rocks. The only survivors, a little girl and her injured mother, are rescued and brought to Wyndcliff Hall.

Liam Twethewey is just twenty-two when he inherits Wyndcliff Estate from his great uncle. His optimistic plans to open a china clay pit to employ the estate’s tenants meets unexpected resistance, and the rumors of smuggling and illegal activity challenge his new-found authority. Though wise beyond his years, young Liam quickly finds himself out of his depth in this land where long-held secrets and high-stakes agendas make no room for newcomers.

Brought together by troubling questions surrounding the shipwreck, Evelyn and Liam uncover even darker mysteries shrouding the estate. But as they untangle truths from deceptions, their loyalties separate them—and their budding love might not be strong enough to overcome the distance.

Ready my review on Goodreads

no comments
link to this post
email a friend